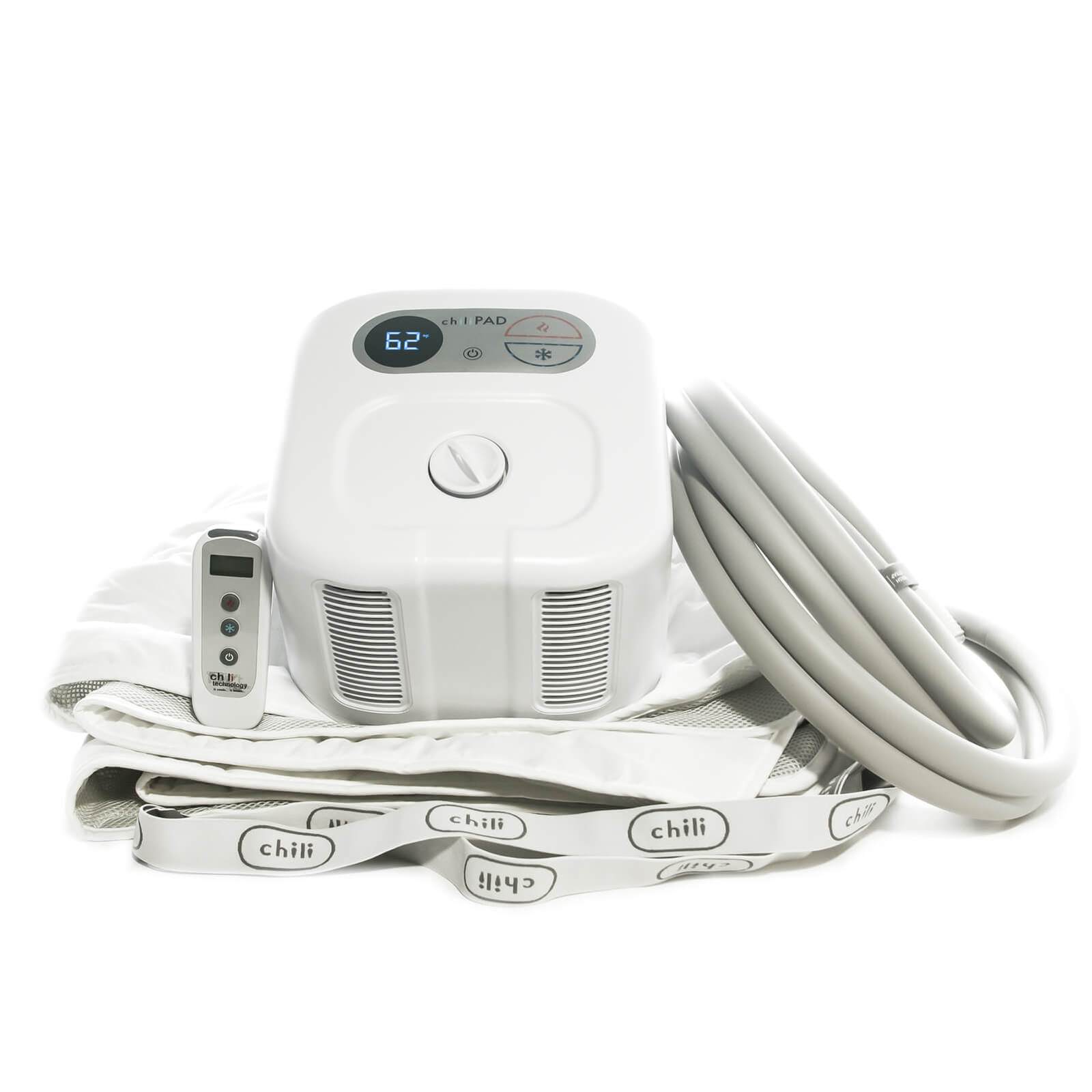 The Chilipad by ChiliSleep Reviewed

You’ve likely heard about the Chili Pad in the past. Whether it was on a Tim Ferriss podcast back in the day or something else - ChiliPad brought the idea of temperature controlled sleeping into the mainstream.

But have you actually tried the Chilipad or just read about it on the internet?

I took the Chilipad for a spin for at least 30 days and here’s my in-depth review on the chili pad, the setup, the actually sleeping experience and all my thoughts on it in totality.

What Is The Chili Pad?

The chili pad was the only product for a long time so the company was known by it. Over time, they’ve rebranded themselves to ChiliSleep and have two main products.

Chili Pad is their originally technology.

Ooler is their improved version with updated technology.

First things first, here’s what the Chili Sleep is going to set you back.

They sell in two sets - either half or full. Basically - that means you get coverage for one or two people.

So what’s in each package?

Each control unit measures the following:

Each pad is scaled to the size of the bed, but details are below:

Each unit comes with a 5in x 2in 2AA powered remote to turn on/off and turn temperatures up or down.

How To Set Up The Chili Pad

Setting up the chili pad is a much faster process than it can seem to be.

To setup the chilipad, there are three steps.

Setting up the Pad

Setting up the Control Units

Position the units on either side of your bed.

Make sure they have ample space around them - they will need it to cool appropriately.

Position them in the room to your style.

Connect the machines to the pad with the tubes.

This process should take about 15 minutes if you’re efficient with it. It’s relatively quick.

My Experience & Review of the Chili Pad

I have been using the ChiliPad for about a month. I’ve found throughout the month that I consistently fall asleep quicker and wake up easier.

Sleeping on a Chili Pad is a revelation. Once you find out you can sleep at cooler temperatures - you rarely want to go back. Especially where I live in Austin, TX.

After a few nights of sleeping with the Chili Pad, I don’t know if I can go back to normal temperature sleeping again.

The device seems intimidating, but the setup is very, very easy. Almost suprisingly so.

Operation is also very easy. Turn on, press down arrow to coldest. Sleep.

That said, this is their first iteration (and cheaper) than their new Ooler model, and it shows. The device has several flaws once you start to use it on a regular basis (which I do - every night).

First - there are two control units. So you end up having two of these devices spread around your bedroom. If you don’t have unlimited space, this can get in the way of the floor / walking space and can be annoying.

They are also tall enough that they don’t fit under the bed (and aren’t supposed to). Aesthetically, I think this is a bad look, although the machines don’t look as bad as the tubes coming out of the bed (which don’t often make an appearance in the marketing photos).

The cooling is great, but if I don’t have the control units in the right spot - they don’t always keep things as cool as I’d like them to be.

The remotes feel cheap for a 1k device and I didn’t find they worked unless I was in direct sight line with the machines (in which case, I could just use my hands).

While the cooling is very efficient, once you experience it - it seems strange that the technology isn’t built directly into the mattress (instead of being an add-on).

I did a short video review of my experience with the Chili Pad and turned it into a short vlog. I’d love your thoughts on it.

I really wanted to like the ChiliPad, but I just sort of like it. 5 stars for innovation. 3 stars for implementation and the overall product.

While I’m not enamored with ChilPad, I think I can’t go back to sleeping at room temperature. I will likely keep using it and try out other solutions on the market.

Two other ones I’m excited to try out:

Ooler by Chili Pad - This is ChiliSleep’s higher end model and not only fixes some of the design issues I mentioned above, but also can power an entire bed with one device.

EightSleep - This builds on the ChiliPad and builds integrations with your phone and has the cooling technology built into the bed itself. This is sort of exciting and I’d like to test this out.

More from this Brand